That voice. It sounded like Dad! But it couldn't be.

Before Tom could turn around, Sasha was jumping all over him. A moment later, Tom saw someone running down the hall toward him. Two strong arms caught him, lifted him up and hugged him.

"Dad! You're here?" Tom could hardly believe his eyes. "And Molly!" His sister threw her arms around him. "How did you find us?"

"The King sent us some special helpers," answered Dad with a big smile. "Meet Tor and Star."

"Peter and Colin are in there," said Tom, pointing to the other door. "We have to get them out."

Just then, Odin came charging down the hall. Dad and Tor grabbed him. "You can't stop us now, Odin," said Dad. "Open this door!"

Odin glared at Tom with murder in his eyes. Swearing loudly, he pulled the keys out of his pocket.

Nothing had changed since Tom left the room. Peter was still sleeping with his head on the table. Colin was still stretched out in his chair. Tom called their names, shook them, but neither stirred. He looked up at Dad, puzzled.
"What happened to them?" asked Dad.

Tom quickly told him about the events of the day: the tunnel, the train, the mystical music, Rama's soft voice and visualizations....

"Sounds like hypnosis through guided imagery," said Star. "That's one of the main ways people can connect with the Baron's spirits."

"I guess that's what it means. We called them spirit guides or wise persons--depending on the shape they take."

"Could they be any shape? I mean, could an evil spirit pretend to be an animal or a person--or even an imaginary creature?" asked Tom.

Star nodded. "Anything at all--good or scary."

"Did you talk with those spirits?" Molly could hardly believe what she was hearing.

"Yes, it's easy. I learned how to hypnotize people--and myself--when I lived here. As soon as I would get into a trance, the spirits would start speaking to me. Some pretended to be good. Others were horrible. I don't ever want to hear them again."

"Can you wake up people who are hypnotized--like Peter and Colin?" asked Tom.

"I want to do it the King's way. Can you ask Him to give me the right words?" asked Star.

"I would love to!" said Dad. "Dear King, please give Star your words to speak--words that will wake up the boys and free them from Rama's spell. Thank you, King." He turned to Star. "Go ahead," he told her.

Star began to speak to the two sleeping boys. In her, gentle voice, she told them about the King who set her free. She told them that His power would clear their minds. She asked the King to break through the forces of the enemy and release them from all bondage.

Tom began to explain. "Dad and Molly came to find us..." Just then, Colin's eyes popped open. Both he and Peter looked more confused than happy.

"They're not free from the Baron's power yet," said Star. She turned to Dad.

"Could you pray for them like you prayed for me?"

"I think you're right," said Dad. "I'll pray for them. But before I do, I have to make sure that they want the King's help." He turned first to Peter. "Do you want to be completely free, Peter?

Peter nodded. "I do. The Baron's power only got me into trouble."

Dad spoke firmly, "We know that the King is far greater than the Baron. In His name, I release you from his evil clutches."

Tom watched his friend relax. For a moment, a big smile flashed over Peter's face. Then it clouded again. "I really blew it, didn't I? Wanting to go through the tunnel and all? I'm sorry!"

Dad put his arms around Peter and hugged him. "You made some foolish choices all right. But the King has forgiven you. We're just glad you're okay."

"Dad," Tom suddenly remembered something. "Peter hurt his hand in the train."

Dad gently held Peter's swollen hand. "You're right, Tom. Let's ask the King to heal it." He prayed, waited a moment, then looked at Peter's hand. It was still swollen, but Peter was grinning.

"It feels better already," he said. "I know it'll be all right soon. Thanks to the King!"

Dad turned to Colin and spoke the same words to him. But this time something strange happened. Instead of relaxing, Colin's body became tense, and out of his mouth came some strange words. His voice sounded deep--not at all like Colin's.

Dad looked puzzled, but Star understood. "That's an evil spirit speaking through him," she said.

"Dad, since the King is with us, can't He command the evil spirit to leave," asked Tom.

"I believe He can," said Dad. "Let's ask Him to use us to free Colin." He prayed again. Then he took a deep breath and spoke as confidently as he could. "Our King has won over the Baron's forces. In His name, we stand against this evil power and proclaim the victory of the Kingdom. No evil spirits can block the plan of our King. This spirit that keeps Colin from hearing the truth must come out of him--right now!"

Colin's mouth opened in a big yawn--then turned into a smile. "I feel different," he said. "Like something dark and heavy just left me. What did you do?"

"The King freed you from the Baron's force--just as He did with me this morning," explained Star.

"Getting rid of this evil spirit may seem simple," said Dad, "but to stay free, you need to know a lot more about the King and His ways. If you use the Baron's forces again, you will allow his spirits to come back and control you. The only way you can stay free is by following the King. What do you choose?"

"You mean no more Ouija boards or Tarot cards--or any of that stuff?"

Colin stared at the floor. He didn't look very happy.

"Please choose the King, Colin," urged Tom. "Then you'll see how great He is!"

Colin hesitated. "I'm not sure yet. Let me think about it." He didn't look at Tom.

Meanwhile, Tor had made up his mind. "I've been thinking about it already," he burst out. "I want to live in the Kingdom and learn all about the King!" 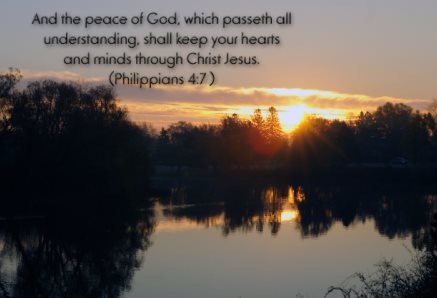 He suddenly remembered the symbol he had been wearing. Pulling it off and throwing it into a wastebasket, he said, "This magic sign brings bad spells--not good protection. I'm trusting the King instead!"

"You mean Kaya!" said Tor, grabbing the round tag and tearing it off. Kaya leaped up on him and licked him in the face. "She's celebrating her freedom, too!" shouted Tom.

Everybody laughed - except Colin. He still looked sad.